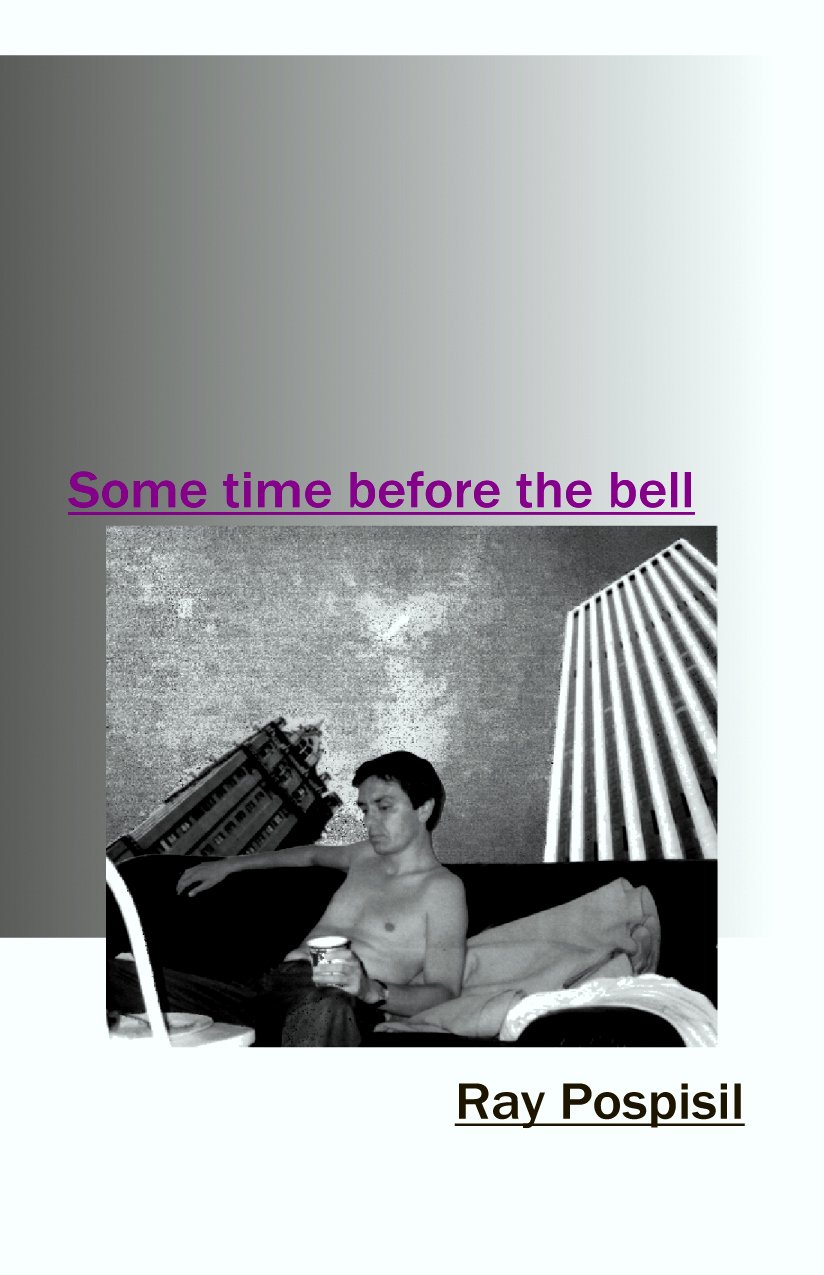 SOME TIME BEFORE THE BELL by Ray Pospisil

Now we'll hear that pretty
song how pristine snow renews the world,
and throws a fluffy blanket over all
the litter of our civilization
to make us feel like kids again. Yeah, right.

It was the spring of 2005, and the reading on 11th Street and 2nd Avenue in New York’s East Village was simultaneously better and worse than it had any right to be. This in itself was unsurprising. New York City is famously a city of contrasts—of bustling, public spaces with private, close-knit neighborhoods, of wealth with poverty, of glitter with grime, etc. And the city’s open mic poetry readings are no exception to this rule of contrasts. You can see someone do a three-to-five-minute stint at the mike and think, ‘That person should really be reading this in front of the best audiences the American intellectual and cultural establishment can muster.’ Ten minutes later and a few readers further on at the same reading, though, you’re quite likely to be thinking, ‘This nut-job belongs in a rubber room.’

The moment that Ray Pospisil started reading, you knew that he was memorable for all the right reasons—and what’s more, he was doing something that was clearly different from what the bulk of New York poets, great and godawful alike, were doing. Where New York readings—and readers—frequently evoke the spirit (in a distorted, shadows-and-caves way) of a Platonic ideal of once fashionable beret-clad beatniks smacking the bejesus out of bongos and calling each other ‘daddy-o’, Ray’s work, by contrast, defined itself through its formal rigor. But he didn’t sound all that much like the rest of the poets who did that, either. Ray’s voice was...well...as anyone who heard him read at one of the many open mics across the city, a singular and unforgettable one.

It has become proverbial on book-jackets to claim that an author manages to find the extraordinary within the ordinary, but for all the typicality of that praise, most poems that start ordinary end ordinary. Ray’s work, infused as it was with a restless imagination that never shied away when things turned too dark, managed to break through the chrysalis of mere coping to reveal a world that was more exquisite than one had reckoned, and at the same time far more disquieting.

It was another night on 11th Street and 2nd Avenue in New York’s East Village, a night in 2007, when Ray Pospisil (his demons more in evidence that night than usual) approached the mike, mumbled a few lines with an uncharacteristic tentativeness, began again, stumbled again, and then fell strangely mute. A muttered apology soon followed, and a stunned audience watched in a sort of confused dread as Ray, one of the few truly reliable readers around, returned, head bowed, to his stool at the bar, unable to read on for reasons few could fathom. When a great poet falls silent, however, everyone begins to listen more closely.

Ray Pospisil died in Brooklyn in early 2008 while still in his early fifties. And while one may lament the man—and should—he lives on in that body of work by means of which he stared down what would turn out to be both his oblivion and apotheosis. Like tintinnabulations of a lone church bell that destroys itself with each peal, the poems Ray left behind carry a part of him to those fortunate enough to come across their striking and harrowing beauty, and we carry them, we carry them with us.
(QUINCY R. LEHR / R. NEMO HILL)