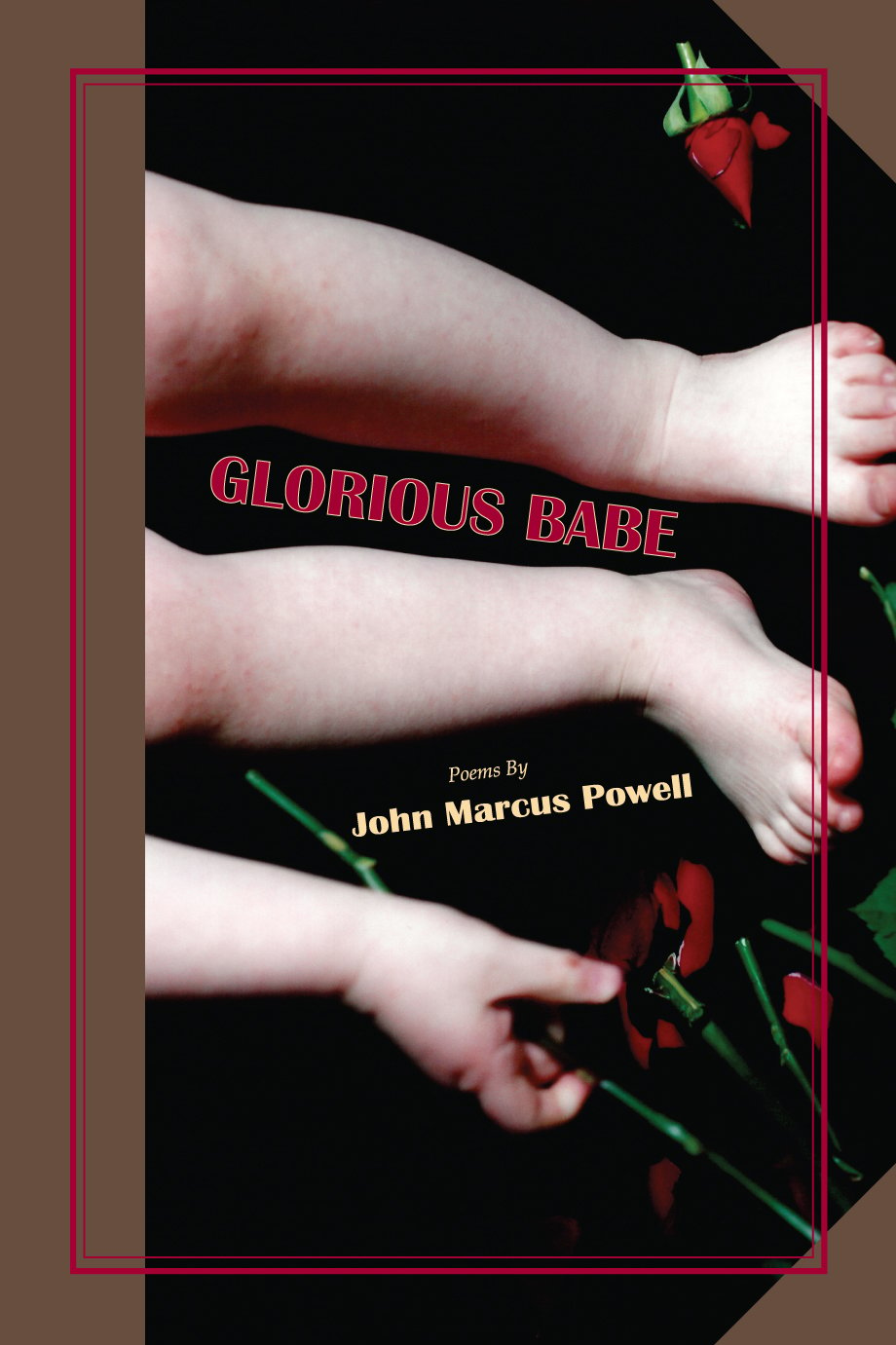 A Red Fox brayed in the mid morning mist.
"That effeminate Babe is exquisitely dressed."
A Rook by the brook about to eat a Gnat cawed.
"I adore the extravagance of so many bows."

Just when I was worried that New York City might be done—stick a fork in that homogenized purlieu of financiers and trust-fund hipsters!—the Big Apple offers up a bohemian original to remind us that groundbreaking artists can still thrive in sidewalk cracks, like Marianne Moore’s strawberry that’s had a struggle. John Marcus Powell’s Glorious Babe is the book W. H. Auden might have written (in the vein of “The Platonic Blow”) after inviting Catullus up for a night of love. What shocks and unsettles most in Powell’s audacious—and audaciously musical—poems is not their nostalgia for the glory days of Glory Holes and the “Teeny-Pervs” and “Hooli-girlie-gans” of Christopher Street but how much our needs and obsessions are mirrored by this array of con artists, fine artists, fine friends, and glorious babes. Powell’s forthrightly Queer and queerly forthright collection (with glorious illustrations by Julio M. Perea) affirms, more than any other recent book I can think of, that the job of the poet is, like Trelawney on the beach at Viareggio, to reach into the pyre and seize hold of the human heart.
(DAVID YEZZI / author, Birds of the Air)

Many of us may begin life as glorious babes, but few will end up as glorious and uproarious in our declining years as John Marcus Powell. In these poems he lifts the lid on life and love, demonstrating effortlessly that they are one and the same thing. He gives me special pleasure with his wicked insights into the pretensions of a place where he lived once and I live now. I have laughed delightedly till my lungs ache, but this self-inflicted discomfort is not severe enough to account for the occasional tears, which took me by surprise.
(ANN DRYSDALE / author, Quaintness And Other Offences)

The cry is one part cock-a-doodle-doo, to two parts koo-koo-ka-choo. The flavor is somewhere between absinthe and strong black tea. The music is Mahler’s lost symphony for solo accordion. Occasionally there are jalapeños in the dark, merciful mineral waters in the white wine, bothersome gravels in the kidney, and a mushroom cloud on the horizon. The voice is more audible the more intimately it whispers. There is, at times, a bit of spittle—yet the saliva itself is a rare blend, a deep rich brew of sea foam on distant shores, of Bardic dews and daring oral vaudevilles. The man in these poems, the poet in residence, is irresponsibly irrepressible, his wit barbed with warmth, his bait compulsively edible, his verve seemingly infinite. The Coat of Arms is Torch Argent, on Field Azul, within Cracked Heart Oro: silver torch, blue field, heart of gold. The motto, in Letters Négro on Banner Lavender, translated from the original Latin reads as follows: “Stitched with honor, oft besmirched—” followed, in pencil, by a phone number and an obscene suggestion scribbled in an almost illegible script. Scholars contend that this was added at a later date, perhaps as recently as yesterday."
(R. NEMO HILL / author, When Men Bow Down)

"There is not a boring word in the book. The book does not satiate. A sequel would be welcome."
(TOM MERRILL / author, Facing The Remains)